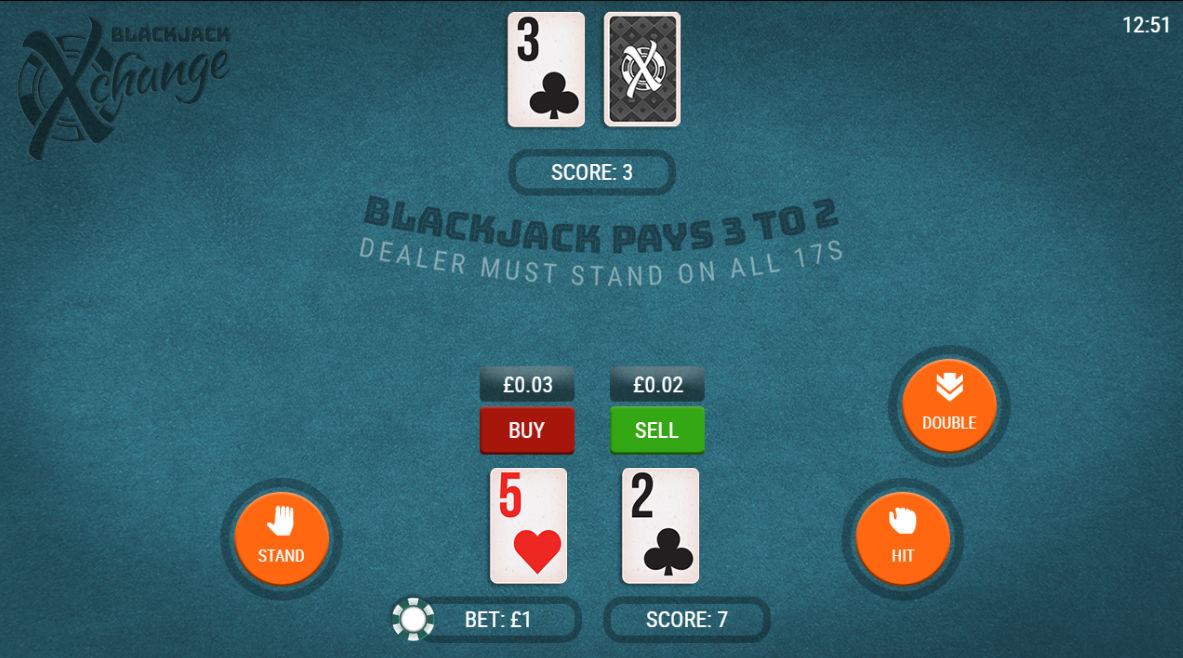 The world of Blackjack doesn’t see as much rapid change as found in the slots world, but now and again some bright spark comes up with a neat variation that adds more than just a side bet to the core mechanics of playing this famous table game. Slingo is obviously home to one such bright spark, since its Blackjack X-change offers a genuinely novel ‘trading’ element that makes this a very intriguing variant well worth seeking out.

Dealing with the core ‘traditional’ elements of Blackjack X-change you’ll find a rule set that begins with a Dealer Rule of standing on all 17s. There’s a single player position at this virtual table, and aside from the usual choices of hitting or standing your hand, you may:

There’s no Surrender or Insurance possible under Blackjack X-change, but we suspect players who know their onions won’t exactly miss these options! Finally the deck is an ‘infinite deck’ so advantage play (card counting) isn’t possible if you’re into that sort of thing.

So what is this ‘trading’ feature that makes Blackjack X-change so unique. Put simply, every card dealt to the player is given a monetary value that can be either a price to pay or be paid to replace that card. It’s a very cool idea, working with the idea that every hand has an expected value. There’s a margin on these trades – a difference between the true expected value and the price offered by the House – but it’s such that the overall RTP of using this trading option is a shade better than single zero Roulette. T

his feature lets you improve a weak hand, for a fee, or lock in some value from a strong hand by trading in some or all of its constituent cards. It’s a very interesting concept that adds an extra dimension to this Blackjack that we reckon should appeal to plenty of keen players.

Slingo has an excellent game on its hands here. Not only is it very well presented for both desktop and mobile play, the X-change element adds a compelling new gambit to play which brings something genuinely new to this table. Even if you ignore the whole trading option, this Blackjack offers a very attractive game (an RTP of 99.68% is possible for optimal play, and that strategy is even published for players in the game’s Help menu). We like it. We like it a lot.