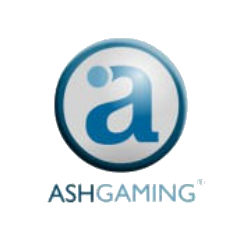 Wild Gambler
Who Wants to be a Millionaire
Suicide Squad
Age of the Gods: Norse King of Asgard

Ash Gaming is a developer of online slots software that ably showed that if you can simply create innovative, appealing content, you can happily compete with some industry giants and win the approval of online casino operators and their customers.

Founded in London in 2002 by Chis Ash (hence the company name – it not being some satirical joke that you’re going to be ‘burned’ playing its slots), the company had quite a mountain to climb even then, since developers like Microgaming and Playtech were already holding considerable sway over the industry. But in its David versus Goliath-esque battle with such casino software giants, Ash Gaming’s high production values and instinctive understanding of what online slot players love got its games to an audience that enthusiastically received them.

Whilst Ash Gaming has happily conformed to some favourite, perennial themes for slots such as its Leprechaun’s Luck, Genie Jackpots and Pharaoh’s Treasure, it’s also slipped in more quirky British ideas, like its Little Britain slot, Nags to Riches and Madness House of Fun slot to please the cohort of UK players that run the online slots ragged at their favourite online casinos.

Ash Gaming’s success in the fiercely competitive market for online slots didn’t go unnoticed, and hence in 2011 Playtech came knocking and waved twenty-three million quid to buy the company. Chris Ash accepted the offer, understanding the extra clout being part of the Playtech group would bring, and for its part Playtech left Ash Gaming to keep on doing what it does from its London base, understanding the need to preserve the flair and creativity that had been carefully nurtured there.

Today Ash Gaming is still beavering away in its offices in Southwark, and we look forward to seeing what new online slots it will conjure up from its febrile imagination, especially its themes around UK pop culture. As creator of the Monty Python’s Life of Brian Slot, we wonder what other gems from Britain’s cultural catalogue it might be cooking up . . . perhaps a Gordon Ramsey slot that tells you to f**k off when you don’t serve up a perfect set of ingredients on a payline? (And if you’re reading this Chris, can we have a cut of that idea if you like it?)