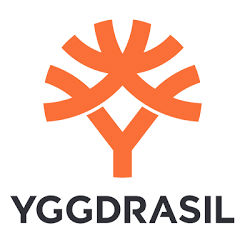 It’s tempting with the dominance of certain casino software developers such as Microgaming, NetEnt and Scientific Gaming with long histories in the online casino industry, to believe that new entrants to the market are likely to get crushed quite quickly.

It was therefore intriguing to see that when Yggdrasil appeared on the scene, apparently from nowhere, in early 2013 it rapidly caused quite a stir and got its games prominently into many of the best online casinos.

Yggdrasil’s extraordinary rise to fame was perhaps not quite the ‘overnight success’ it might appear, since its CEO, Fredrik Elmqvist, was formerly a senior figure at NetEnt. This meant he founded the company with a very sound background in producing class-leading games and, no doubt, industry contacts that would trust him (a) with investment and (b) to attract the talent to deliver them games of the same calibre as his former employer.

In a short space of time it seems that Yggdrasil has met its challenges by producing some very nicely engineered games that have won many players’ approval. Although online slots are a significant part of Yggdrasil’s output it has also created products to target the Instant Win, Keno and lottery markets with similar success, and we can imagine it will continue to expand its reach from its base in Malta.

Yggdrasil’s late entry into the market has also allowed it to approach development of its games with mobile gaming as a strong influence on design and functionality. Mobile casino gaming is becoming a significant element of the leading online casinos’ traffic, and the appetite for online slots and other casino games that have been built from the ground up to suit mobile devices makes it ripe for exploitation by small to medium-sized developers. The quality of Yggdrasil’s mobile games is a clear indication that it has been wise to this, and your smartphone could well be the place you first encounter its games.

We couldn’t finish this review without a quick word about this company’s name. Yggdrasil? Well, it’s a word from ancient Norse mythology, and is the name of a huge ash tree featured in those legends. The tree apparently connected the nine worlds of Norse cosmology through its branches and roots.

Quite what all that has to do with online casino gaming, we’re not exactly sure, but it’s an intriguing brand to use and Yggdrasil Gaming’s logo proudly uses this mythical bit of timber. Perhaps it signifies that Yggdrasil is rooted in the traditions of casino gaming but will grow organically to respond to the ever-changing environment of the Internet? Yeah . . . we like that homespun theory, and we definitely like Yggdrasil games.