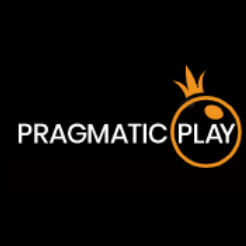 Whilst Pragmatic Play’s arrival as a name on the Live Casino software scene might seem quite recent, it’s actually come about through the acquisition and re-branding of what was Extreme Live Gaming. Extreme was established in 2013 and quickly gained a lot of kudos for the quality of its service, licensing its software to several very prominent operators.

It was rapidly acquired by the Novomatic Group in 2014 which saw it begin experimenting with unique formats that drew on elements of Novomatic’s famous slot titles, such as Book of Ra, to augment traditional table game play. The subsequent sale to Pragmatic Play took place in 2018 and, although it’s lost some ground in recent years to rivals such as NetEnt and Evolution, it’s undergoing a continuing revamp that keeps it on the map as a serious competitor in this market.

With its main studios based in London, Pragmatic Play Live Casino has also developed the earlier Extreme Live Gaming lobby of games with its Live Box option. This offers the option of playing tables being live broadcast from real-world gaming floors in traditional casinos, which at the time of review was the Casino Admiral in Gibraltar.

It’s an intriguing option, but whether it feels more ‘authentic’ than the broadcast action from the custom studio in London is moot – this is definitely something to decide for yourself!

In taking over Extreme’s software, Pragmatic Play can offer a well-proven and popular roster of games, which includes some exciting innovations that introduce more game-show style elements to the presentation and possible bonus features that has attracted many new players to its service.

Lightning Roulette, Monopoly Live and Dream Catcher are three titles in particular that gives Pragmatic Play customers something definitely different from the usual staples of European Roulette, Blackjack and Baccarat.

The quality of video streaming from Pragmatic Play’s London and Live Box service is excellent, and the provision of Live Chat functionality also adds the option for social interaction that isn’t always present with some rival Live Casino software. We’ve personally never found much use for it, but we can’t deny that it’s an option that, for some players, may well add the cherry on top of what we think is already a very moreish cake.

For a time, Extreme Live Gaming was the one to watch in the Live Dealer world, but seemed to lose traction with the arrival of some big guns to the market in the last couple of years. Now revamped under the Pragmatic Play banner we think this Live Casino service is definitely back on form and really ought to be on your shortlist to check out for a real deal.