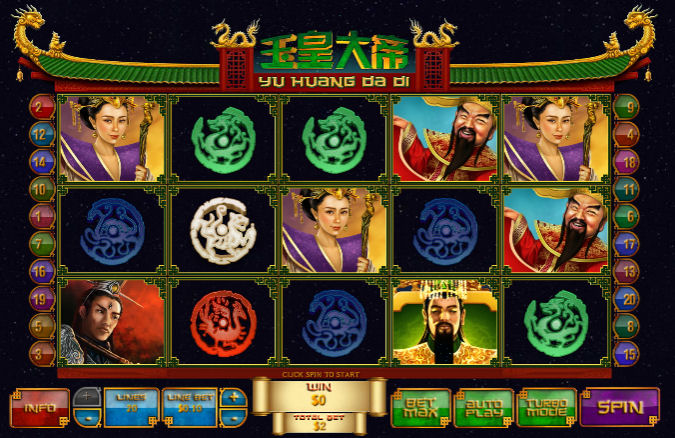 Playtech continue its exploration of the Far East with its Jade Emperor slot, or Yu Huang Da Di if you want to get all ‘native’ with the Chinese vibe of this game. And who is the Jade Emperor?

Well, this mythical entity in Chinese culture also goes under the moniker of Heavenly Grandfather, Great Emperor of Jade and (our favourite) Jade Lord the Highest Emperor. In other words this is one powerful dude and hopefully he will smile benignly on you as you seek his assistance to get rich from these reels.

The path to payline heaven on Jade Emperor slot begins with a basegame of five-reels and twenty paylines tracking across them. Each line can have between £0.01 and £25 staked on it, so with complete freedom to choose the number of lines active per spin the minimum cost per spin can be as low as a penny and as fulsome as five hundred quid a go. P

aupers and princes alike can seek audience with the Jade Emperor it seems! For ultimate paydays on the paylines you’ll be looking for five instances of the Jade Emperor’s Wild symbol that can pay 10,000 times the linebet in addition to its power to substitute for other symbols.

The only symbols beyond the reach of the Wild’s power to substitute are the Scatter and Bonus symbols that also ride these reels. The Scatter simply operates to pay out a multiplier of the total bet when three or more are in view, but it is the Bonus Lantern Symbol that is the key to this slot’s most desirable feature when one instance appears on both the first and last reel – behold the Emperor’s Treasure Bonus.

Should you be invited into the heavenly throne room of the mighty ‘Jade Lord the Highest Emperor’, two tasks must be performed to earn your ultimate reward. A single pick from one of six lanterns flanking the throne will illuminate how many free spins you are to enjoy, whilst a further pick from the six treasure chests at the Emperor’s feet will reveal the multiplier to be applied to wins from those free spins. The maximum rewards are sixteen free spins and a x6 multiplier, and free spins can be retriggered making this bonus a place for exceptionally plentiful payouts.

Jade Emperor follows Playtech’s formula for keeping its Chinese-themed slots quite simple with regard to bonus features, but we do prefer how this slot has added a little extra polish to its free spins feature to lift it up a little.

There’s little to surprise seasoned online slot players on these five reels, but it works well with a medium volatility that keeps wins coming with enough regularity to suit many players.

Personally we would liked to have seen Playtech innovate a little more with Jade Emperor (its Chinese-themed slots seem to all be rather ‘traditional’ in respect of their special features, if they have any at all!), but that may just be our own predilection for online slots that dare to be different. Then again, the Jade Emperor is an ancient god, so perhaps a classical set of slot features is a more fitting tribute to him! 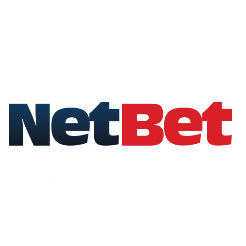